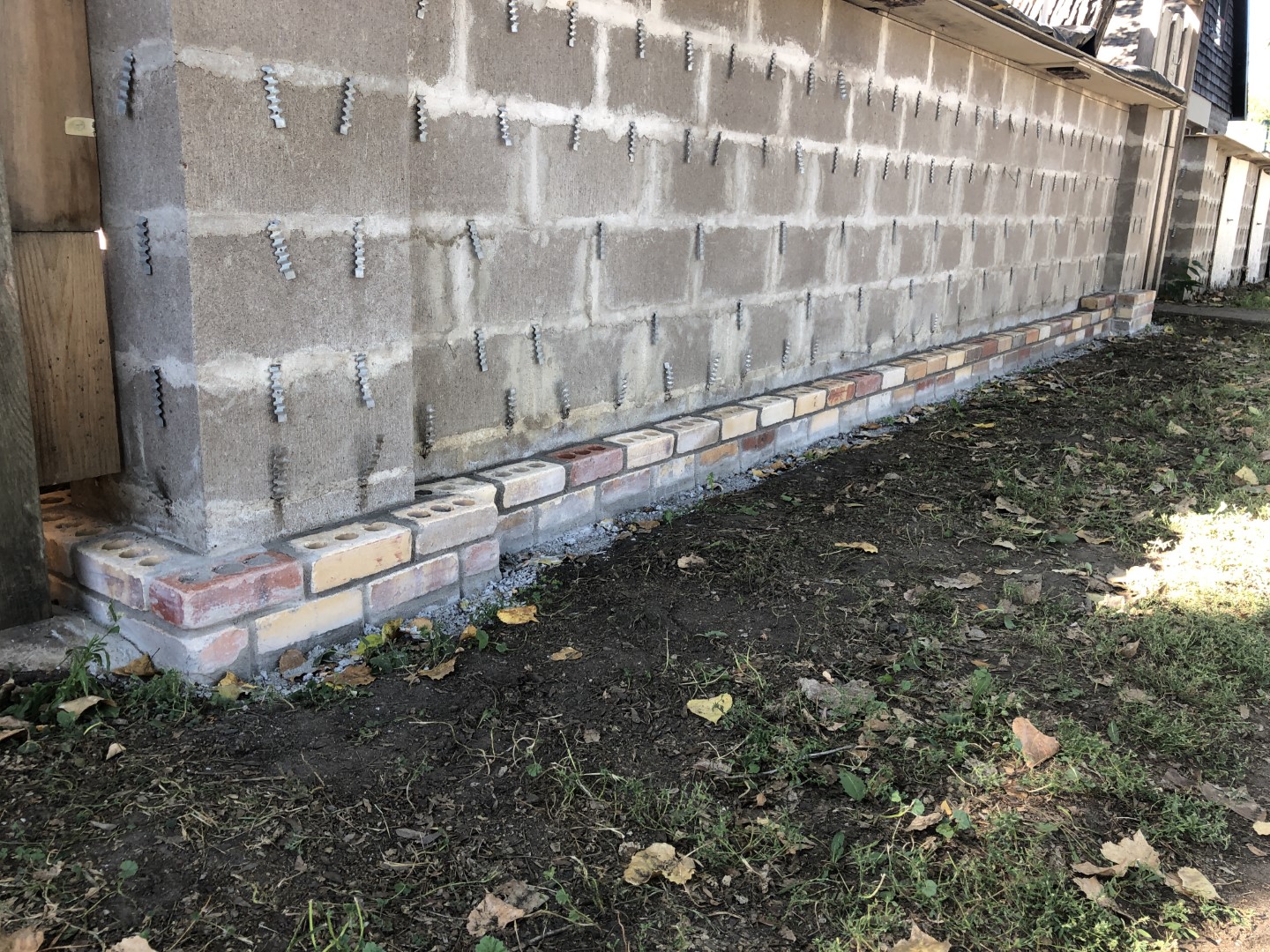 I’ve decided to blog about a project at my own home, namely adding brick fascia to the 2 cinder block walls that I built 15 years ago. This is a project that I started in the fall of 2007, but the project was first interrupted by several years of unemployment and underemployment, and then life happened, and I’ve struggled to get back to the project.  I’ve really had no excuses for the past 10 years, unless you discount for the fact that I started my own home improvement business 5 years ago.   You know, the cobbler’s son has no shoes dilemma…   And so it’s time to stop putting it off – I took this past week off from client work to get started on remembering/learning how to be a good – and maybe, someday, faster bricklayer.

Here are a bunch of pics from working on the project over 5 of the last 6 days.  The video is from last Thursday evening.

When I began the project 15 years ago I bought about half of the brick that I was going to need.  But because I’ve put the project off for so long, that brick is no longer available.  So earlier this summer I bought two other types of brick so that I now have all the brick I need to complete both cinder block walls. I am blending the three types of brick together as I lay the brick courses based on a ratio of 24 of the old brick, 17 of one of the two new types of brick, and 9 of the new red bricks for every 50 bricks laid.

The east cinder block wall is 23 feet long, the west cinder block wall is 35 feet long. My goal for this fall is to get the east wall bricked before winter.  The east wall will take about 1,240 bricks to complete.  As of today, having put five days into this project over the last week, I have about 14% of the east wall done.  Then next year I will begin on the west wall which will likely take me two summers to complete.  Unless I can become a faster bricklayer, which you would think I’ll get faster at it as I keep doing it.

I’ll be taking another week off in early October to work on this project in addition to long weekends in September and through the end of October. If I’m not done by the end of October and the early November weather allows me to continue, I will work on it into November if I need to in order to get it done. I’ll continue to update my blog as I keep laying bricks, and they keep getting higher up the wall!  As I get higher up the wall it should get easier, and I should get faster at it.  Stay tuned… 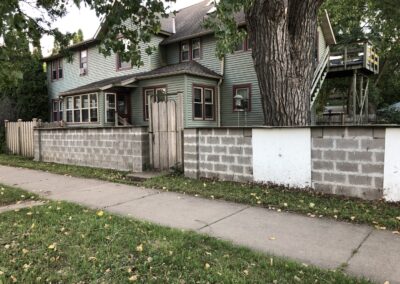 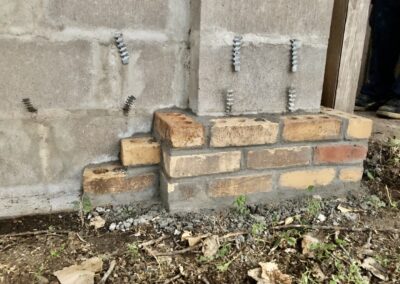 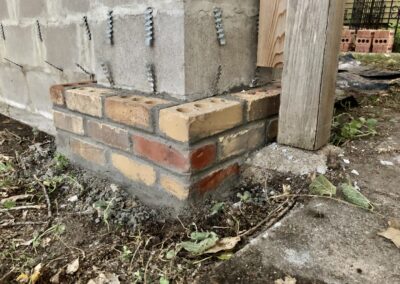 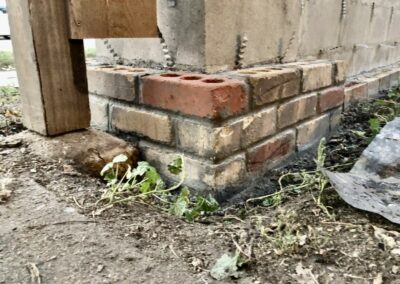 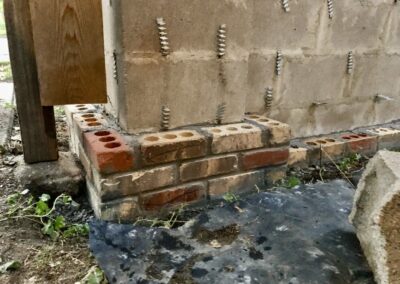 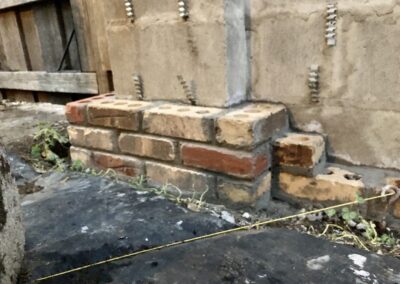 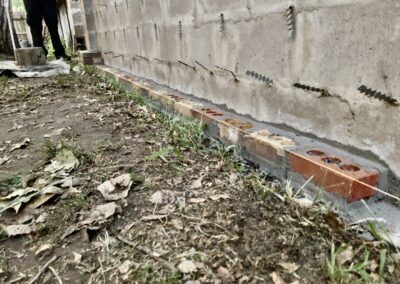 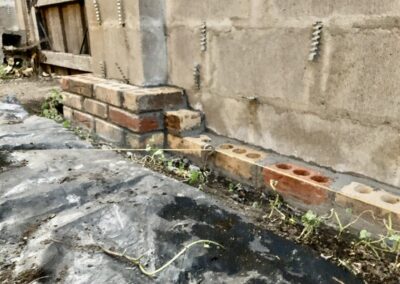 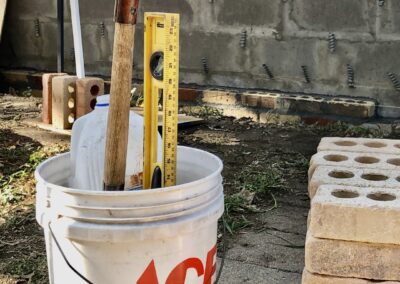 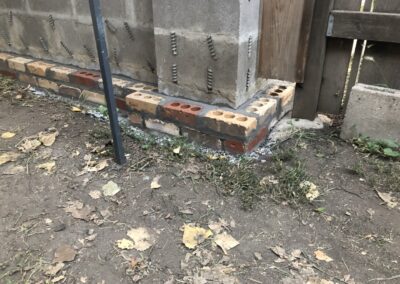 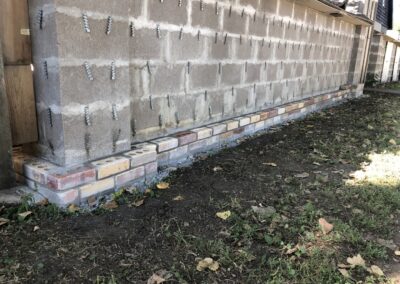 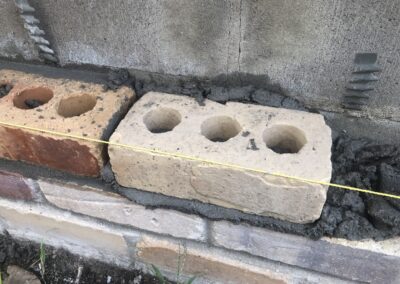 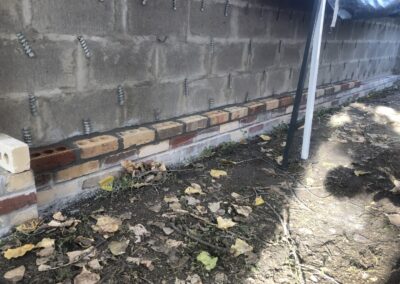 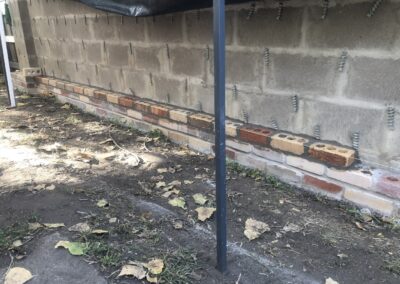