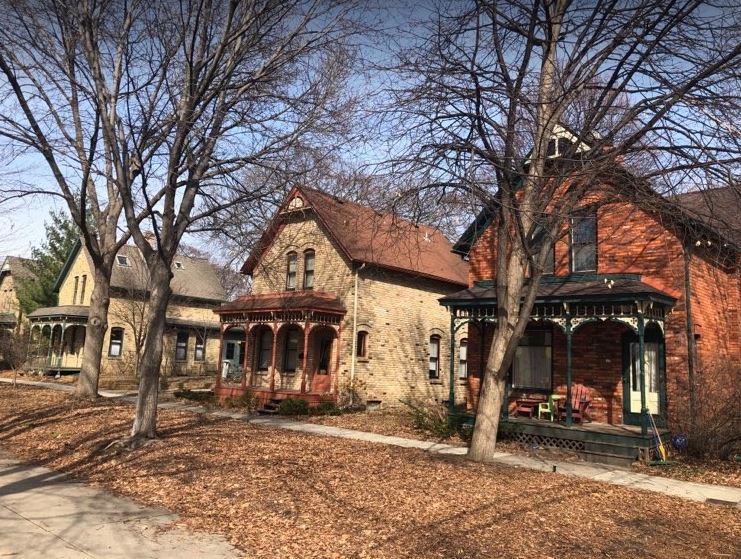 Late last week I began my next client project, after being mostly done with the treehouse project.

Yes, it makes me sad that I’m no longer working on the treehouse.  At the same time, I put a solid 5 weeks into that project and I think it’s a healthy thing to step away from it for a while.  There are still some projects to be completed on the treehouse, I’m just not quite sure when I’ll be doing them, it will likely be later this fall.  But for now, the treehouse is 100% accessible and safe, and anything left to do is just icing on the cake.  I will do an epilogue treehouse blog post today or tomorrow to get everyone caught up on what I completed since treehouse day 14.

But, for now, it’s time to turn my attention to my next client project:  building a picket fence at a home on historic Milwaukee Ave.  For those of you who are unfamiliar, Milwaukee Ave is a 2 block historic district 4 blocks from my home in the Seward neighborhood of Minneapolis.  The original brick homes that remain on Milwaukee Ave were bult by the railroads in the late 1800’s.

Without going into great detail (I’ll leave it to you to read about the history of Milwaukee Ave via the Wikipedia link above), the city attempted to demolish the historic homes on Milwaukee Ave in the early 70’s due to their deteriorated conditions.  Our neighborhood group (www.sng.org), the 2nd oldest neighborhood group in the city, was formed out of the successful attempt to stop the city from demolishing the homes on this 2-block area.  When the homes were rehabilitated the 2-block street was closed to cars and turned into a pedestrian mall.

Because Milwaukee Ave is an historic district, and also has a homeowners association (https://mahampls.org), a detailed proposal had to be submitted to the MAHA before the fence could be constructed.  The fence must meet all MAHA guidelines, including not being taller than 42” and not less than 50% opaque.  I began this process in early July, drew up a detailed proposal, and submitted it to the MAHA Architecture Committee on behalf of the homeowner.  The proposal was approved in mid-August, allowing for the project to proceed.  Prior to submitting the proposal, I initiated a Gopher State One ticket to confirm that the proposed fence location had no underground utility conflicts.  I wanted to know this BEFORE submitting the proposal – if I had waited until after the proposal was submitted and approved to then initiate the Gopher State One ticket and then found a utility conflict which would have involved changing the fence location, I would have then had to resubmit the plan to MAHA and await a 2nd approval, which would have delayed the project.  It was important that I had all of my ducks in a row AND that the ducks were in the proper order, so to speak…

9 of the homes on Milwaukee Ave could not be salvaged and were demolished when the rehabilitations occurred in the 70’s, including the homes to the south of the home where I’m building the picket fence.  As well, most of the exterior brick that you see on the original homes on Milwaukee Ave is not the original brick.  The condition of the exterior brick was so poor that either the brick was replaced or, as told to me by an older Seward resident, they simply removed the bricks, cleaned off the old mortar, turned the bricks around and reused/re-mortared them with what was the inside faces of the bricks now facing outward.

Which is why, when I went to auger the first post hole with a power auger – I kept running into bricks!  I must have hit about 10 buried bricks as I went all of 2 feet down.  When the homes on Milwaukee Avenue were rehabilitated, they would have dug down around the foundations of the homes in order to replace the foundations (which were likely limestone – very common for foundations in older homes in south Minneapolis).  In fact, my home used to have a limestone foundation which was replaced with a block foundation when my home was rehabilitated in the early 70’s (my home was also a candidate for demolition at that time but was saved through the program where homes were sold for the price of the land, the new owners had 2 years to bring the home up to code, and the new owners couldn’t sell the home for 5 years after purchase).

So the bricks I was running into were either leftover bricks from when the exterior of my client’s home was re-bricked, or possibly bricks from the neighboring home that was demolished.  The bricks were simply buried when they backfilled around the home after the foundation was rehabilitated/replaced.  The upside is that now my client can use the bricks I dug up for more garden borders 😊

This is why, whenever you rent a power auger to auger holes, it’s always a good idea to still have your manual post hole digger, a shovel, and other implements on hand as there’s always the potential of running into roots and rocks – and, in my case, bricks!  Fortunately, I only ran into bricks on the first hole that I augered, and the other 3 holes went smoothly, and I didn’t run into any more bricks.  The fence will involve 12 posts, but I’m only cementing in the 4 posts for the 2 gates, I’m using “post spikes” for the other 8 posts, which is adequate for a 3+1/2 foot high fence.  On Friday I completed augering the holes and got the 4 gate posts cemented into the ground.

I am taking this coming week off and will return to complete the Milwaukee Ave picket fence project on the week of the 12th and will do more blog posts as I complete it.

How can I help you with your home? 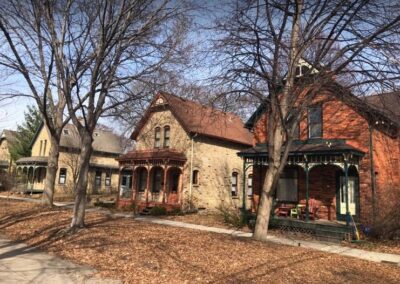 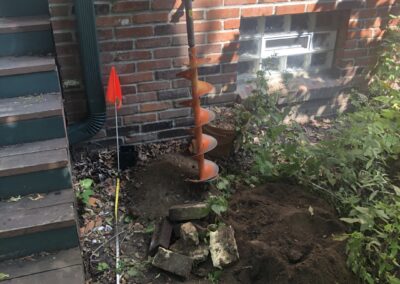 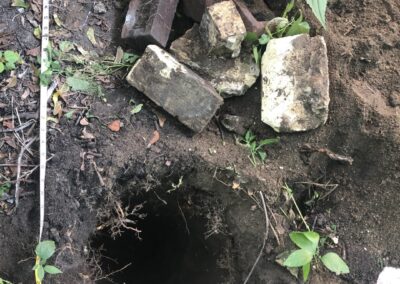 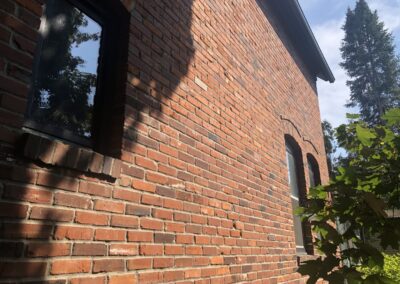 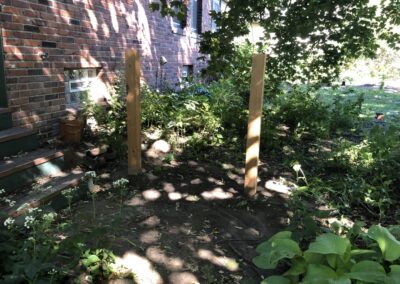 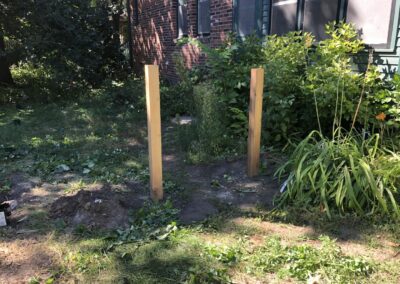