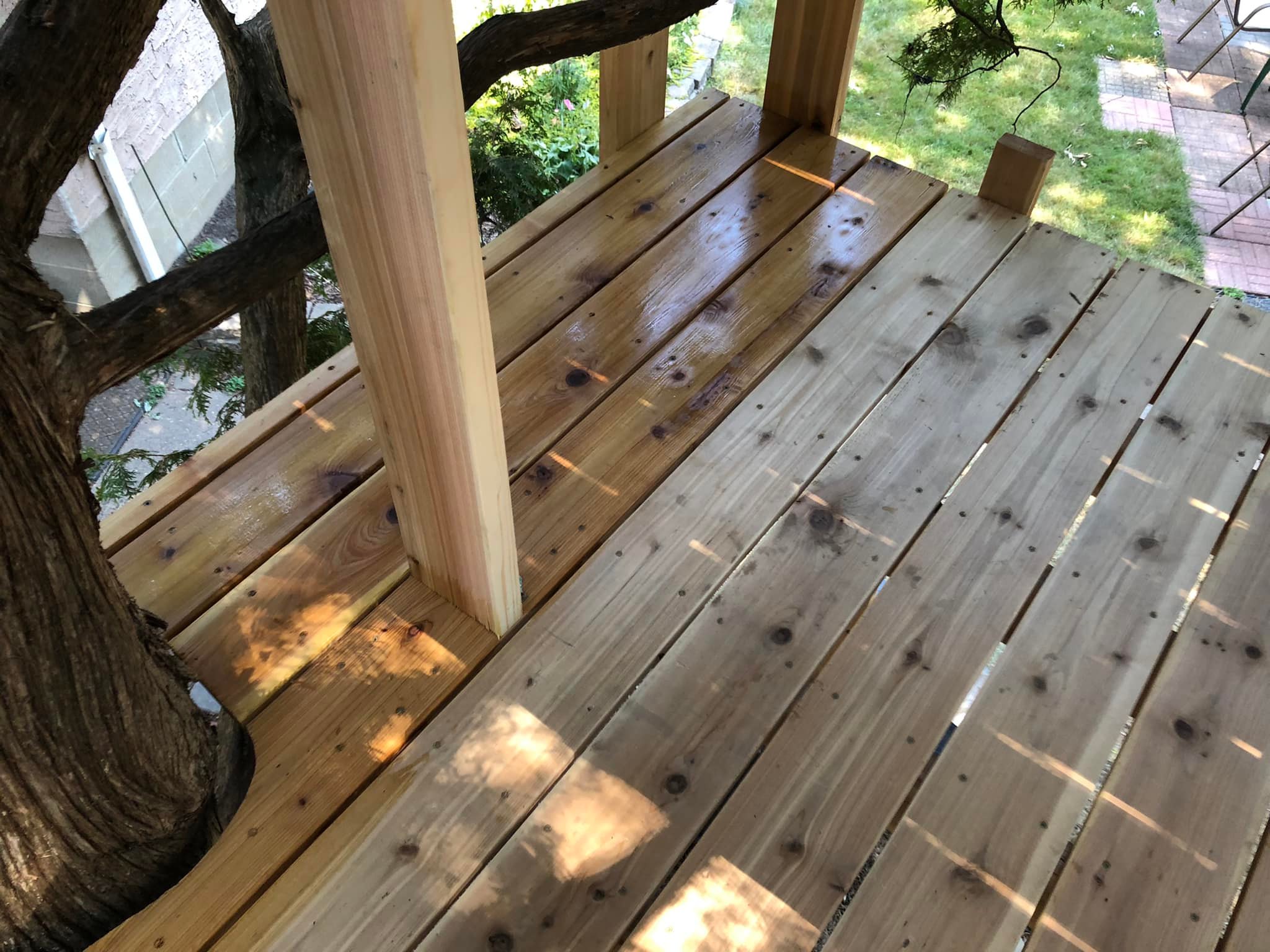 I spent a 1/2 day at the treehouse project today

I spent my morning completing some final carpentry details on the loft decking, and the early afternoon staining the loft and main deck boards. And another 30 minutes planning for next weeks lumber purchase to build out the final treehouse walls next week.

A treehouse neighbor who first approached me last week asking if she could “come up and play” when I was done building the treehouse, stopped by after I arrived this morning to let me know that, during Tuesday’s National Night Out on their block, the treehouse became the main attraction with every neighbor on the block wanting to visit the backyard and check out the treehouse. I had a phone conversation with my treehouse client, currently on vacation, during my lunch break and I intended to mention this but, before I could do so, he mentioned to me that they have been texting their neighbors while they’ve been away and the neighbors were texting them to tell them how impressed they were with the treehouse.
❤
I have another client project scheduled for next Monday, I’ll return to the treehouse project next Tuesday and complete the treehouse walls by the end of next week so the boys can safely take possession of their “secret fort”. 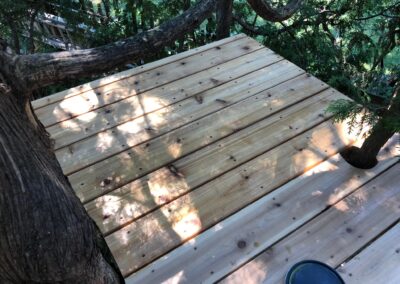 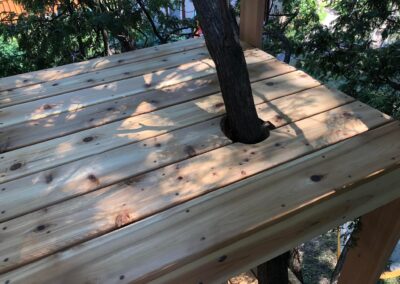 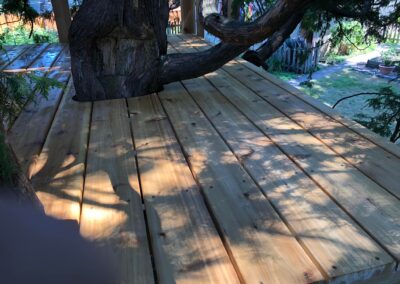 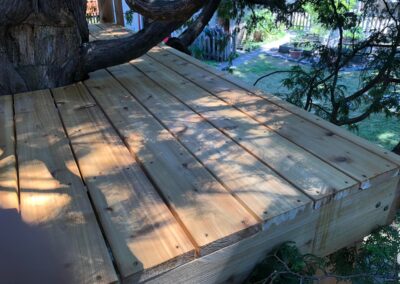 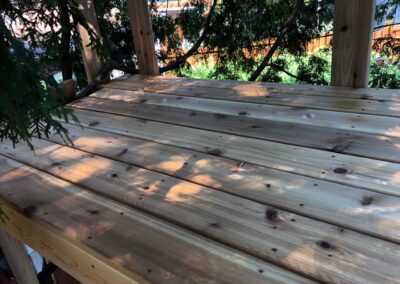 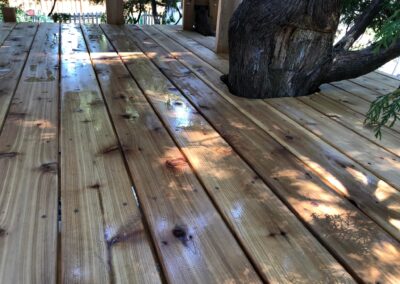 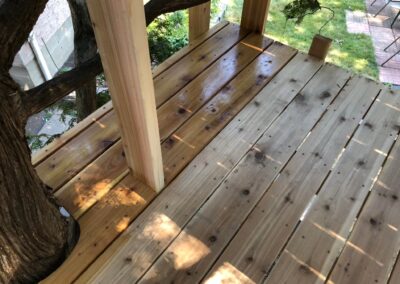 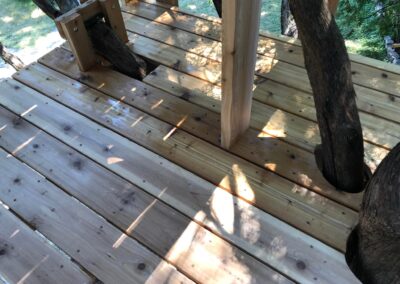 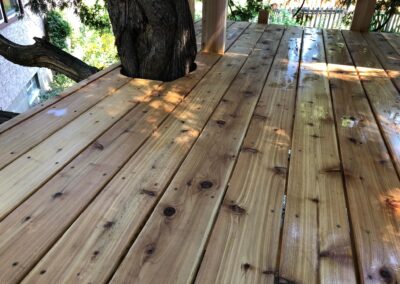