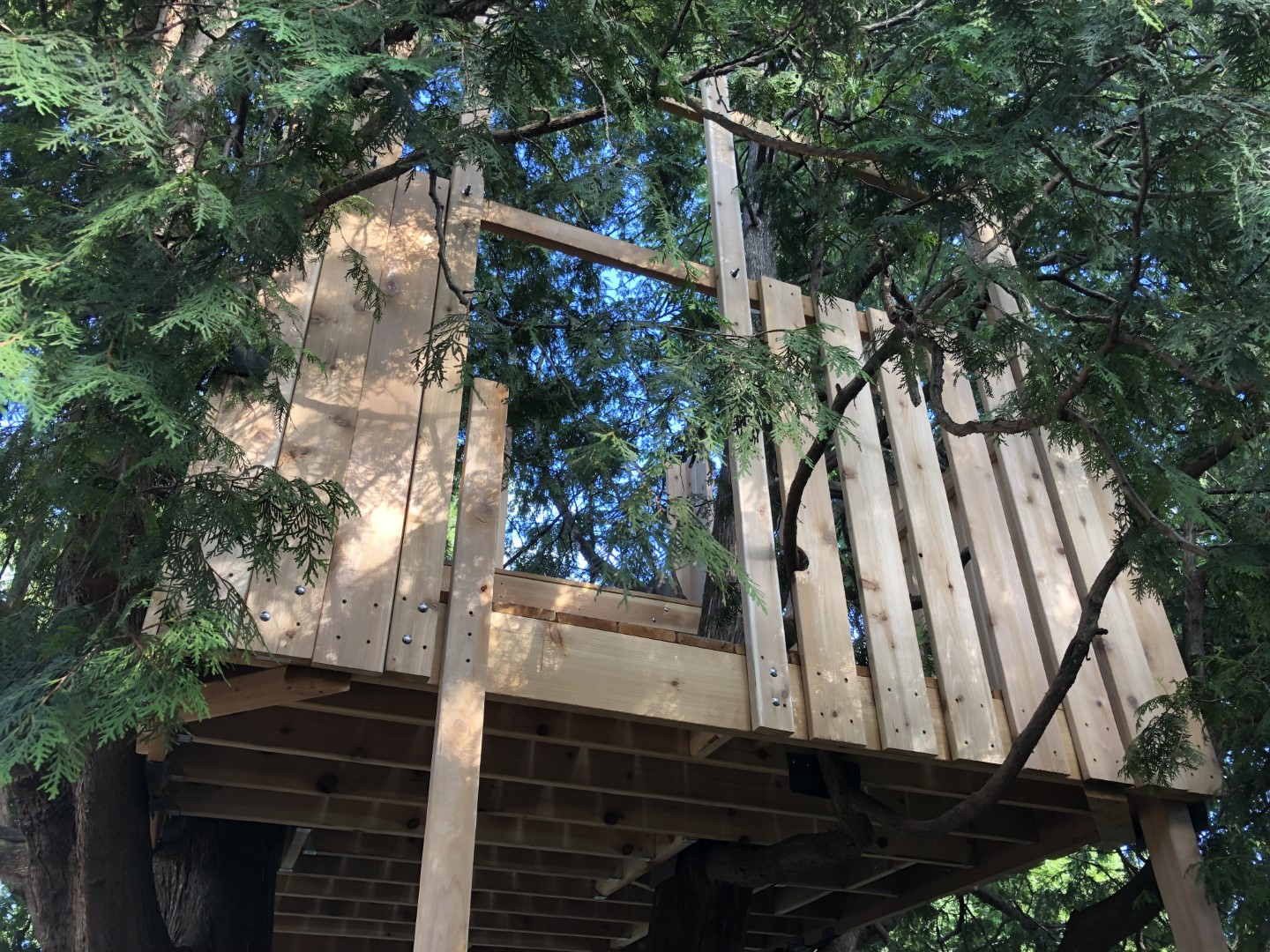 At the treehouse today, I got about 70% of the lower walls built out.

The “Dad” worked alongside me for most of the afternoon, which allowed for great progress, better than I may have made on my own. The Dad is a novelist, and he told me previously that the current novel he is working on is based in the Boundary Waters. So I plowed him with Boundary Waters stories from my 29 BWCA trips, and related information that he was unaware of, as I told the stories. I look forward to telling him more about the BWCA, and eventually reading his novel to see what information I give him ends up in the book.

The Mom came home in the middle of the afternoon while we were working. She asked if she could go up into the treehouse – up until now she had only seen it from ground level and she has already showered me with praise as to what I’ve done. But her reaction when she got up into the treehouse – well, let me just say, that it was everything I have been hoping for as I’ve worked on this project. She was amazed at the experience of actually being up in the treehouse. I suspect this treehouse will get nearly as much use by adults as it will by “kids”, no matter the “no adults allowed” sign that the 7 year old wants on the treehouse.

And the boys went up into the treehouse for the first time today. I think the initial experience for the 4 year old was a bit scary (right now there’s only a temporary, tall stepladder to get up and down) but the 7 year old was up and down the ladder like a world class sprinter, and he tried to plow me with a handful of change before I left as another tip. I refused the offer and told him “I don’t do coins”.

Today my treehouse clients gave me a check for partial payment on my invoice so far. I didn’t notice until I got home and went to deposit the check that they wrote “Work of Art ! ” on the memo line.

This is the best client project ever, hands down… No offense to the dozens of other clients I’ve done work for. But it’s hard to believe that anything I ever do going forward can top this. 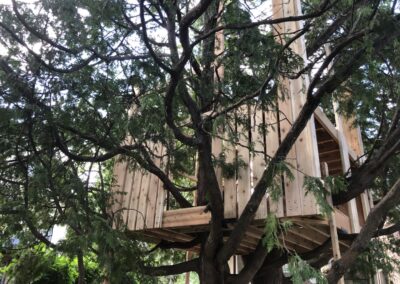 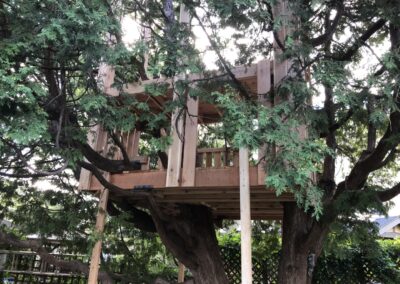 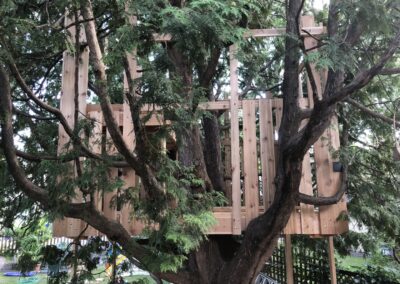 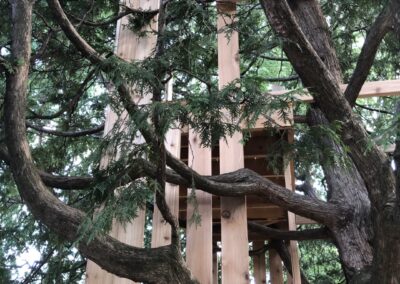 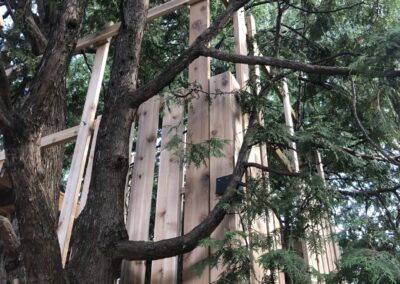 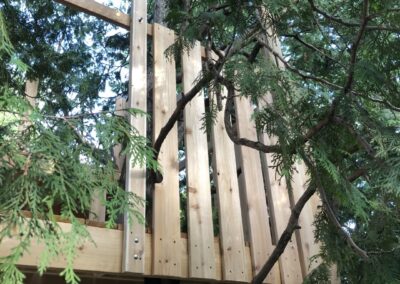 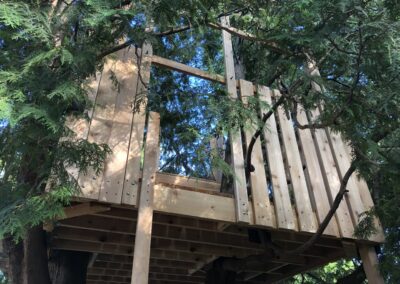 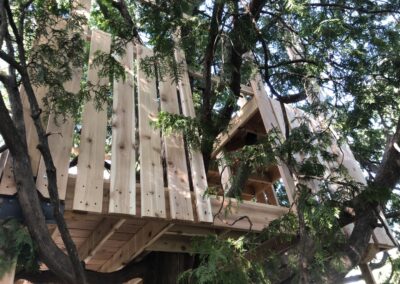