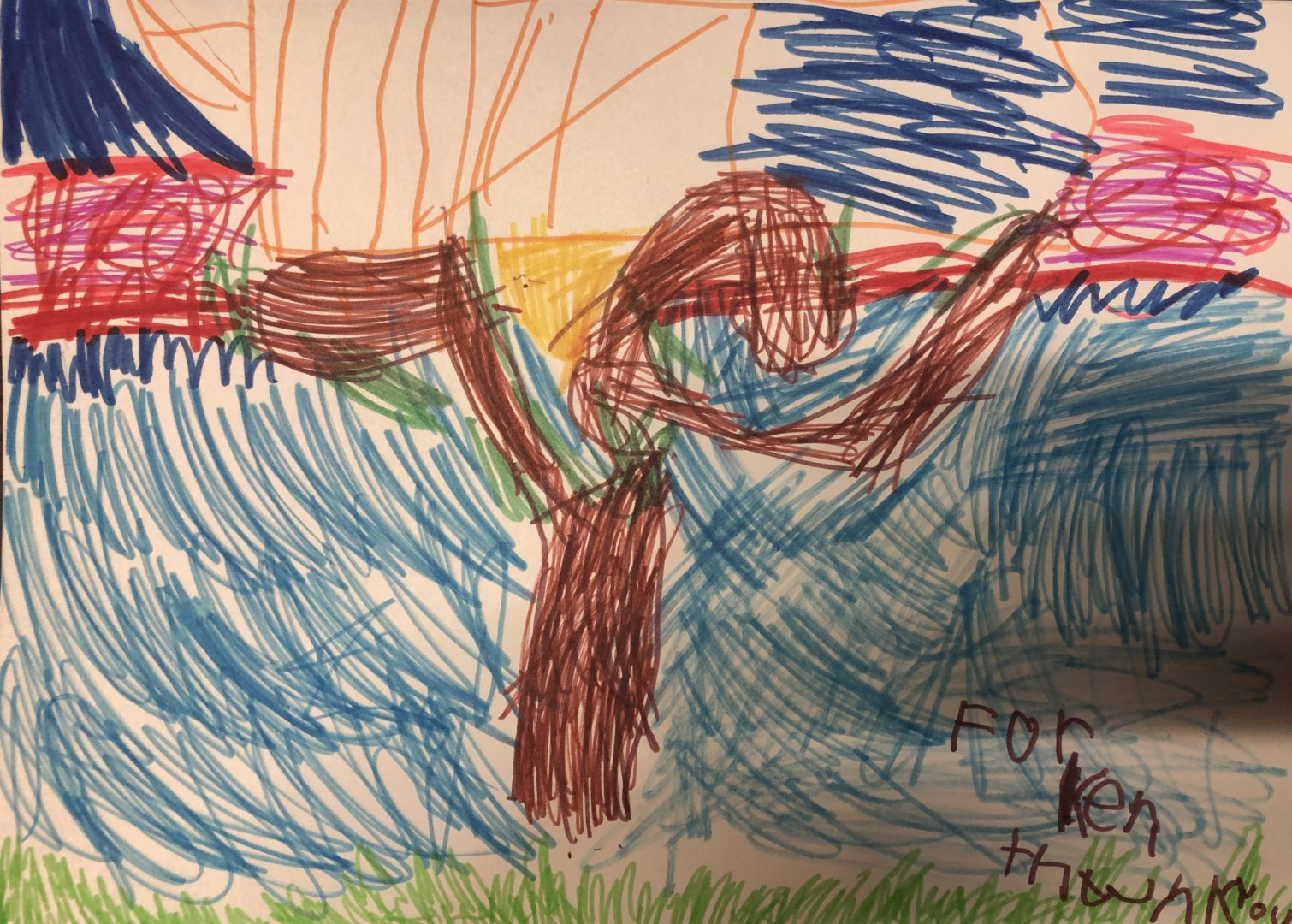 I completed the lower walls – except for the last wall board!

I worked on this wall section from right to left, and left to right, working towards the middle – and realized when I got to the last middle board that I needed to use my table saw to rip a wedge shaped board, wider at the top and narrower at the bottom, in order to place this last board. At this point it was after 6pm and I decided that it was too late to pull out and set up my table saw. I’ll complete this last wall board the next day I return. But this is actually appropriate as the last board will basically look like a “keystone” board. Nobody else besides me and my clients may ever know about or notice this detail, but I’ll complete it so it looks correct and symmetrical. Because these are the kind of details that a good carpenter pays attention to – even if it’s just a treehouse.

And, of course, I have a few stories from today to tell you about the boys (I swear I could write a book about this treehouse project. My client writes novels, maybe he can help me with that): Until now my recent stories about the boys have mostly involved the oldest son showing appreciation and tipping me. But today the 4 year old, who had been watching me work from the windows and door of the sun room, came outside and began plowing me with questions related to his apparently very serious concerns about how I was cutting holes into the wall boards I was installing. I attempted to explain that, if I didn’t cut the wall boards around the branches, I would instead need to cut the branches and that, if we cut off all of the branches, then we wouldn’t have a tree to build a treehouse in. I further explained how the treehouse couldn’t touch the tree branches anywhere or the tree might break the treehouse. He gave further inquiries, not understanding how the wood of the tree could break the wood of the treehouse since they were both “wood”. In general, he seemed very skeptical of my answers and went back into the house. As I was working on the last wall section he came back out and continued his inquiries, relating his continued concerns about the holes in the walls I was making. I again attempted to explain why the walls needed to be built around the branches, and I think he finally “got it”, and accepted my explanation. However, he then began asking me why I needed all of these tools to cut all of the wood (he had walked up to me as I was about to make a cut on the chop saw and I told him that, in order to be safe, he should watch me from a distance). I explained that, when we bought the wood, they didn’t sell us the wood cut to all of the correct lengths and with all of the holes for the branches, and that we needed to buy longer boards of wood and cut it down to the correct lengths and with the required holes for the branches, in order to build the treehouse. At this point his supervisory inquisitions ended and he went back into the house. I was relieved that it seemed that I had finally allayed all of his concerns.

Meanwhile, before I left, the oldest son gifted me with a treehouse drawing he made today. It depicts the treehouse up in the tree, with the sun setting through the treehouse, and he signed the drawing “For Ken, thank you”. See the first pic from my post – seriously, does it get any better than this? 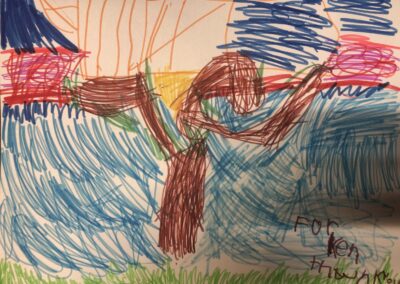 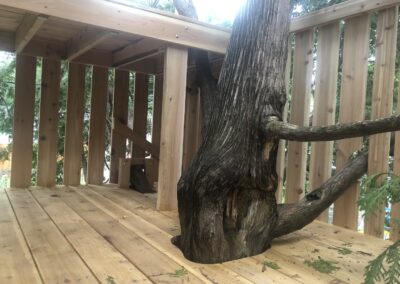 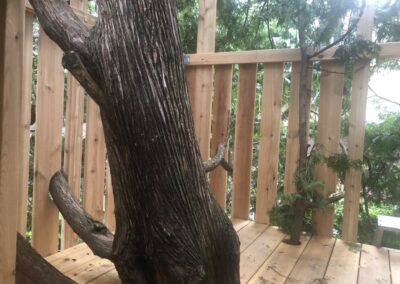 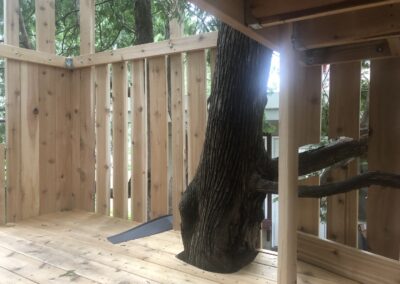 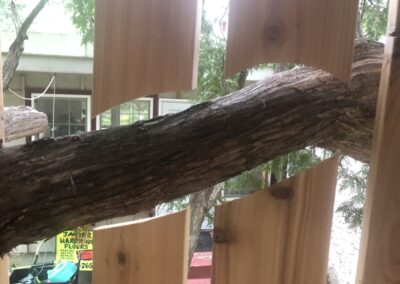 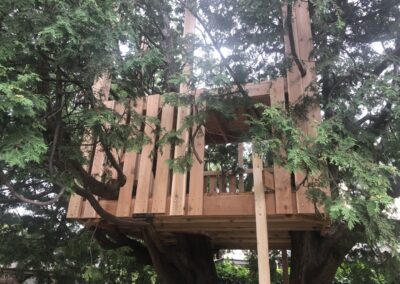 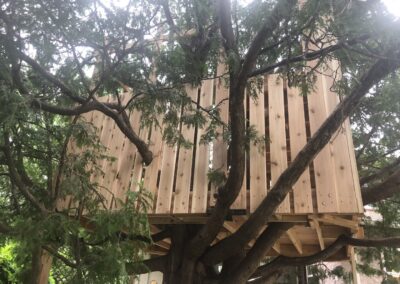 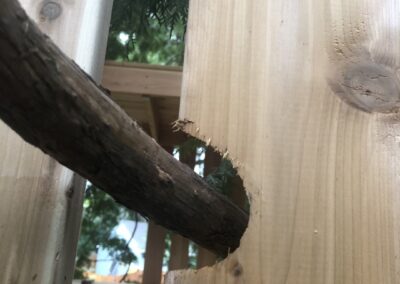 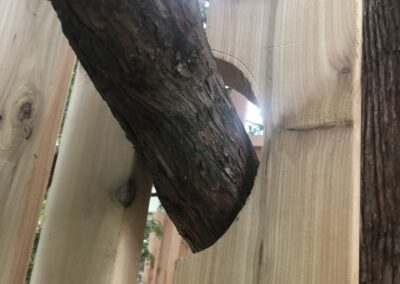 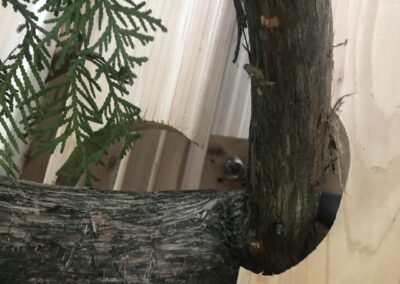 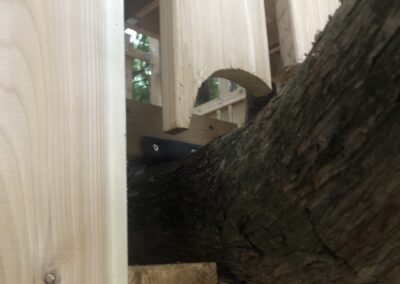 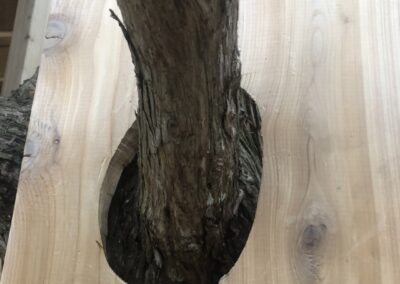 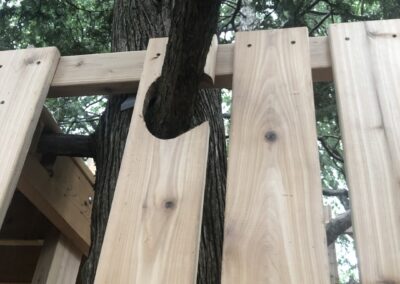 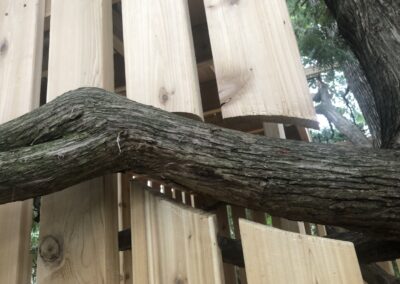 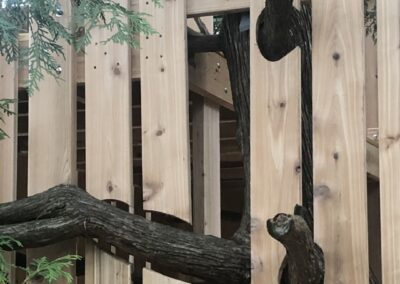 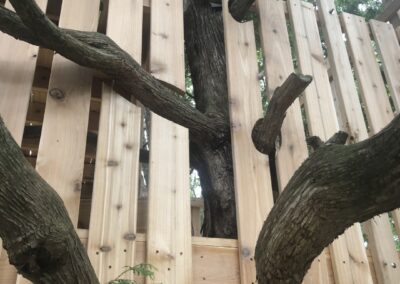